7 Legacy System Examples & What We Can Learn From Them 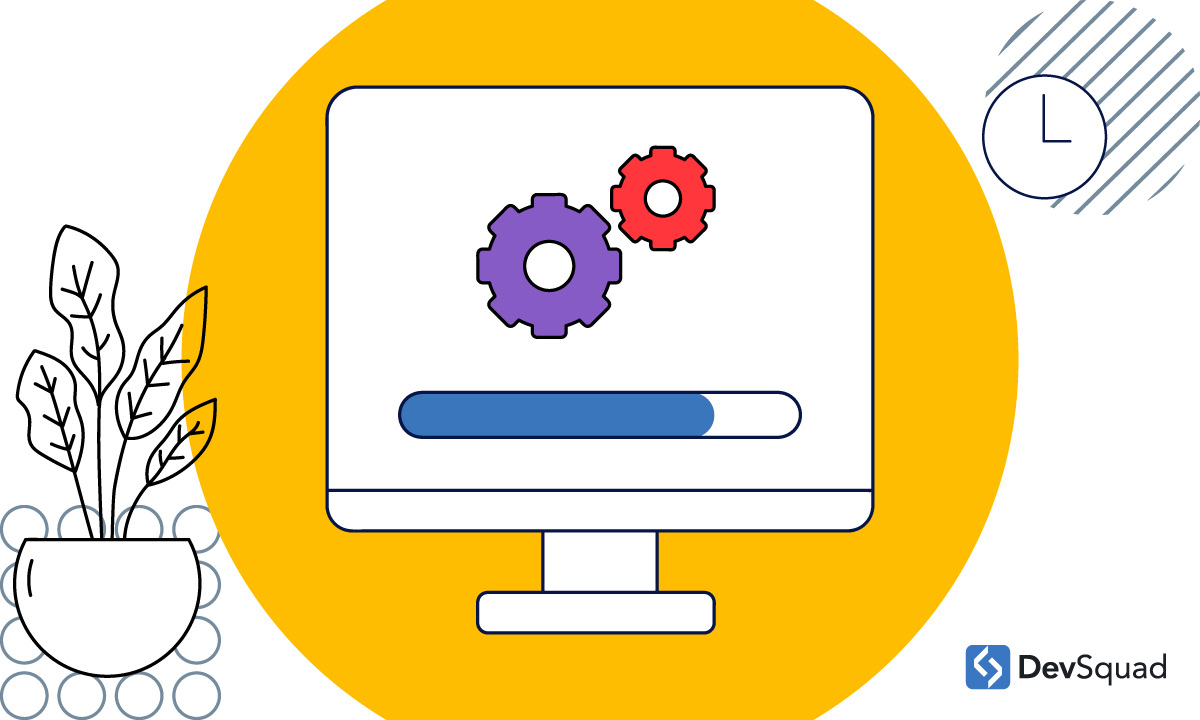 Considering that the internet began in 1983, there are tons of examples of legacy systems. As technology continues to change, what was efficient just 5 years ago could be considered legacy today.

To make things more interesting, we've collected legacy system examples that were resolved in just the past couple of months—or that have yet to be modernized.

What's in this guide:

Legacy systems can wreak havoc on an organization. Outdated systems can be either customer-facing or for internal business use only.

While there are many different reasons why a system might earn the "legacy" label and need to be modernized, the reasons typically boil down to the following:

Because all of these problems are interwoven, companies typically face at least a few of these challenges all at once

Here are some different examples across a variety of product types, industries, and causes.

Walmart is making several big changes. They are creating an abstraction layer to combine their preferred public cloud providers, their internal hybrid cloud, and their edge computing nodes. They've named the strategy the Triplet Model, and it will allow them to deploy workloads with the maximum flexibility, making failover super fast.

“Portability is more important than cost; it’s how we build resiliency. Each triplet is located milliseconds from each other so we can use compute in one place and data in another," explained Kevin Evans, Vice President of Infrastructure Services at Walmart, when speaking to Silicon Angle. It’s much easier to fail out of a provider in the same region to another provider. We started out looking to leverage around cost, but it’s transitioned into leverage around resiliency.”

The company has also been making changes to their legacy software, including migrating to software containers.

All in all, these updates have allowed the company to go from 1,000 monthly website backend updates to over 170,000 monthly updates.

Walmart is truly on the cutting edge, and sometimes that means adopting more centralization rather than edge computing. Their team is prioritizing resiliency and flexibility, which will ultimately cut costs in the long run.

With the 1700% improvement in website updates, it's clear that the company is making an investment in e-commerce to keep pace with Amazon.

Everyone knows that Blackberry failed not long after the iPhone came out. But many assume this is solely due to their outdated hardware—that clunky keyboard instead of a fully touchscreen interface.

However, there are two major legacy system elements at play in their downfall:

If it weren't for the legacy software issues, they could've owned a good chunk of the market, as many people still miss those keyboards. They've could've at least offered the keyboard style for a while and used their software improvements to buy time to design a new, more modern device.

How? In an impressive pivot, the company is now a provider of cybersecurity solutions (for enterprises, of course).

There are a couple of big lessons.

For one thing, businesses of any type can be destroyed by legacy systems, not just software providers.

For another, this is a good example of listening to your audience. BlackBerry mistakenly chose enterprise users as their audience, but they were at least able to pivot and deliver solutions to this audience that kept the business successful—although not nearly at the level of success that they could have been had they chosen to appeal to consumers.

Fanatics is an online retailer for sports apparel and replica jerseys. They offer hundreds of thousands of products with the logos and athlete names of professional and national sports teams.

Their outdated CI/CD infrastructure was causing tons of fires and patches that the cloud team constantly had to deal with. According to the GitLab case study, these issues "slowed down release times, stopped the deployment of block ends, and caused memory leaks." 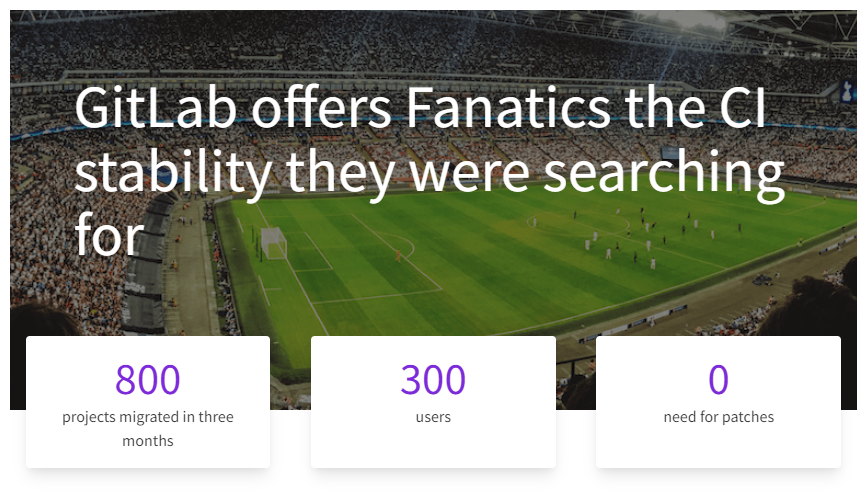 Guilherme Gonclaves, the cloud tech lead, chose GitLab to help overhaul their legacy tooling because the CI/CD platform would be more stable and could integrate with their existing infrastructure.

With the updated tooling, the team has experienced several benefits, including spending more time on innovation and less time putting out fires, the ability to put more focus on continuous deployments, and improved collaboration with the engineering team. Builds are running well and not failing.

Sometimes an application's code or programming language or backend architecture isn't the problem. The legacy DevOps and DevSecOps processed and tools that support development can be just as dangerous, so make sure to update these when issues arise.

Insight Global is a large staffing agency, and they need to protect tons of sensitive staff data, from names and social security numbers to payroll data. They were relying on their own internally-built legacy backup solution. Ransomware attacks were escalating, and although the company hadn't experienced a major data breach yet, they knew that with their old solution it was only a matter of time.

To resolve these fears, the company completely replaced its internal solution with the Veeam Availability Suite™, which is poised to better protect against ransomware.

“Our business can’t run if data is unrecoverable, so we made some changes to our backup strategy," said Jordan Tazewell, Disaster Recovery Engineer for Insight Global, in a press release. "The first thing we did was ensure that the backup solutions we considered offered fundamental features: immutability to protect against ransomware."

The new solution proved effective at restoring backups during a system failure and during a major user error test.

Sometimes, you might be able to replace legacy systems with on-premise or SaaS solutions, without having to re-build your own systems. In this case, you'll likely still need custom development work to integrate your chosen solutions together and with your existing tech stack.

A helicopter is the most dangerous to drive during low visibility conditions caused by fog, wind, dust, sand, snow powder, and sea mist (when landing helicopters on ships at sea).

“Rotary-wing pilots flying newer rotorcraft like CH-53K have the benefit of augmented landing tech built in,” said Naval Air Warfare Center Aircraft Division (NAWCAD) engineer Matthew Rhinehart in a Navy news story. “But there are thousands of legacy helos across the DOD that don’t—it’s a safety challenge for which we’ve engineered a proven-successful solution.” 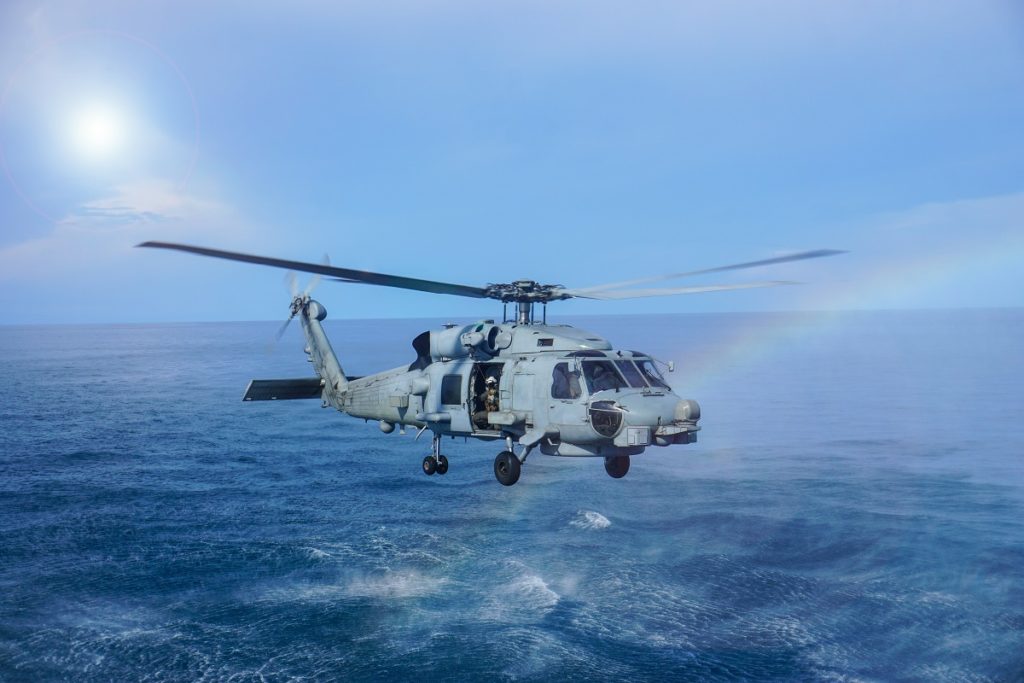 The Navy engineering team has created two prototype systems that will be integrated into the legacy systems of older aircraft to minimize drift and help pilots land safely.

At the most extreme end of the downsides, legacy systems have the power to affect health and safety. But solutions can be created to salvage costly equipment and vehicles, while still providing modern safety features.

Maybe lives aren't at risk when it comes to your legacy system. But you can still take something away from this example. You might be able to update the most critical part of your system, without refactoring or rebuilding the entire thing.

The mortgage industry as a whole is ripe for disruption. It is one of the slowest, most archaic industries.

“What has happened now is some of these software technologies, especially in industries like the mortgage industry, or you can see maybe the travel industry, are running on legacy systems that were built in the 70s or the 80s, which is essentially kind of a Jurassic period. I mean, if you think of the progression of technology, that’s a really long time, 40 years," said Souren Sarkar, CEO of Nexval in an interview.

Souren's company along with Floify, Haptik, and Finicity are all working on solutions to the many problems that the mortgage industry presents.

There's a lot of opportunity here. Entrepreneurs can create software and services to help lenders modernize their systems. Meanwhile, if you work for a mortgage lender, you could research new SaaS solutions that might address your problems, or rebuild your internal legacy systems with a trusted product management team.

The FBI released a report stating that medical devices running on legacy software can pose major risks to:

Devices can send inaccurate data to medical professionals or fail to transmit data. Worse, they can serve as entry points for cybersecurity attacks.

Medical organizations are encouraged to use endpoint protection, encrypt data, and require passwords for all medical devices.

However, much of the responsibility should instead fall on the creators of these devices.

If you're an entrepreneur, these kinds of reports are like having built-in product validation. Researching known problems can help you discover and vet ideas for SaaS and other types of tech businesses. What other types of systems are in need of modernization? How can you build a business that would address these?

How to modernize legacy software

Software modernization refers to the massive undertaking of refactoring and rebuilding legacy systems.

We're experts in software modernization for enterprises and government agencies. Learn more about DevSquad and contact us for a free strategy session.