7 Reasons You Should Replace That Legacy Software ASAP 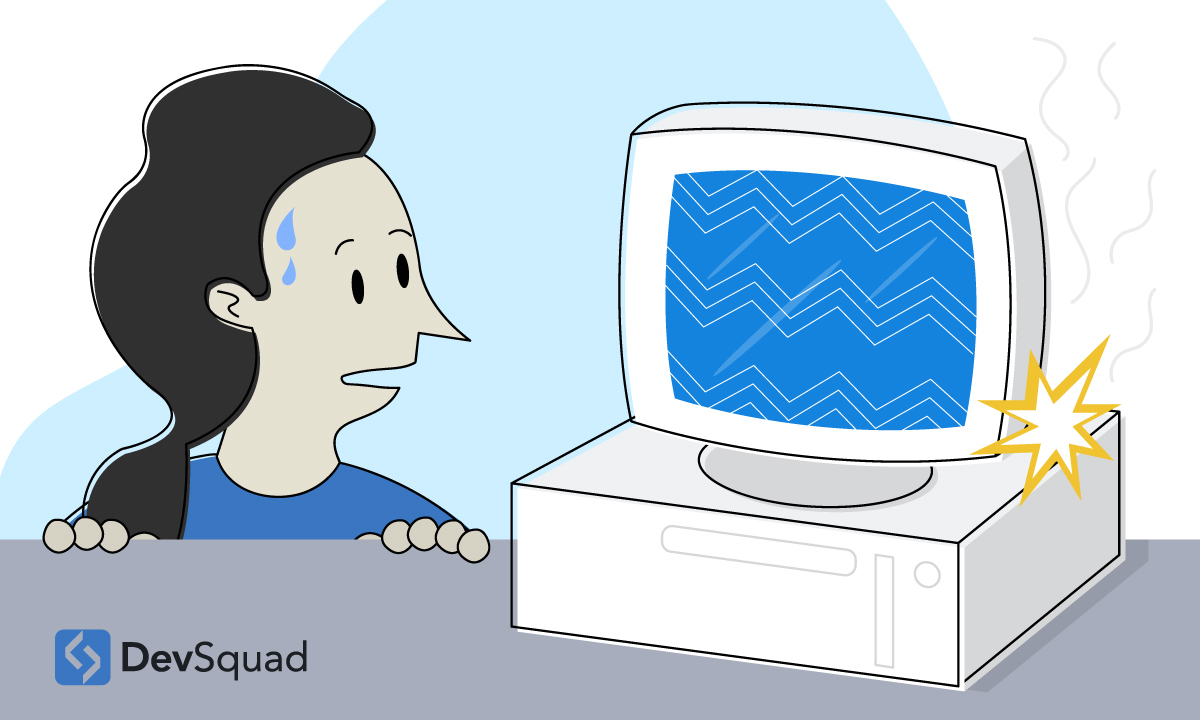 If you’re like a lot of organizations, you’re struggling with the burden of legacy software. According to a Unisys MeriTalk study, agencies spend close to $36 billion to maintain and support legacy applications. The financial services industry is the worst offender. 75% of IT budgets of banks and insurance companies are used to maintain legacy systems.

Interestingly, a survey by Spiceworks on OS Adoption Trends found that over 50% of businesses are still using at least one instance of Windows XP (even though support ended in 2014). In 2017, a VMware survey found that 62% of IT leaders believe legacy systems are the biggest roadblock to success.

In this article, we’re going to explain what legacy software means and why you should replace it as quickly as possible.

What is Legacy Software?

The term “legacy software” (or legacy app, legacy system, etc.) is pretty vague. It generally refers to an inefficient system with glaring flaws. It may be costly to replace, use an obsolete technology that few people know (hello, COBOL), and be hard to support due to the demands of the organization.

Most importantly, however, legacy systems are usually so critical that you can’t just turn them off. They’re often custom-made and designed to serve the organization’s specific model, so it’s not like you can replace it with some out-of-the-box tool.

Sadly, some of the biggest organizations in the world are using legacy tools that are far too old. For instance, look at the ages of some of the systems that manage the U.S. government’s biggest agencies. Some are 50 years old! 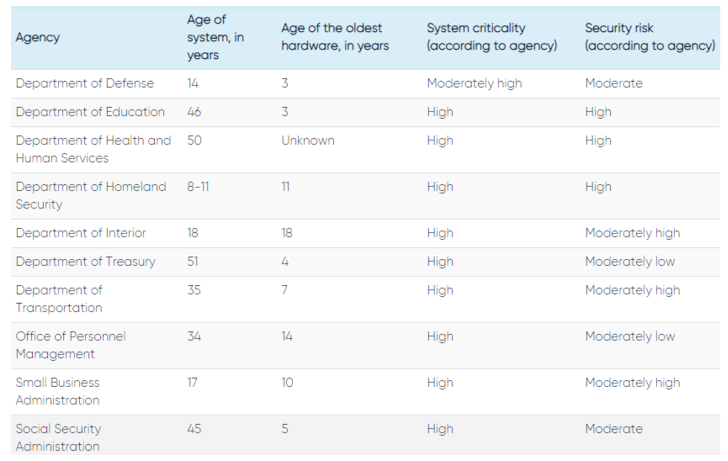 Why do organizations grow burdened by legacy software? There are a few reasons:

Now let’s talk about the effect of legacy software on your organization. These are some important reasons you should replace that aging system with something modern.

In 2015, planes were grounded for several hours at Paris’ Orly airport when a computer running Windows 3.1 (a 30-year old operating system) crashed. Imagine the chaos that causes at a busy airport. Passengers were naturally upset. Airlines and the airport lost a lot of money. Experiences like these just aren’t acceptable at any level.

The user experience has evolved a lot over the years. We know how to create interfaces and onboarding systems that help users get more value from applications. We also know how to build and optimize systems so they perform well, even under high stress.

If your system runs poorly, crashes, lags, takes time to perform basic tasks, or is otherwise hard to use, your productivity will suffer. Little delays (like five clicks to complete a task that should only take one) add up over time. Modernization will not only save you time and money but it’ll make your team’s lives easier.

Take a moment to calculate exactly how much you’re spending to maintain your software. Here are just a few of the expenses you may be dealing with:

These expenses aren’t consistent. They increase over time as your business grows and changes, forcing you to hire more people, spend more time troubleshooting or developing workarounds, and paying big invoices to developers who specialize in older development technologies.

Replacing legacy software may seem more expensive, but it often pays for itself in short order, especially if it allows you to work faster, take on more work, or replace people.

There’s not much to say about this. We all understand the importance of being able to access your systems anywhere, whether your team needs to log in from their home devices or their mobile devices. Limiting your systems to the devices in your office is simply unproductive and inefficient. Replace them with cloud-based systems that are accessible everywhere.

Support is one of those things you don’t think about until you need it. It’s not unusual for enterprise software users to regularly submit tickets to the software’s original developer.

But if you can’t get support from the developer or vendor who created the software (maybe they went out of business or don’t support your version anymore), you’ll likely end up with an expensive problem. You may be forced to replace your legacy software suddenly in order to fix bugs, respond to security concerns, or upgrade features. In the worst cases, there won’t be anyone available who knows how to fix it.

The real trouble occurs if you’re forced to make these changes suddenly. If you run into a problem, you’ll have to quickly hire a development team to rush out the appropriate fixes or entirely new software. As you can imagine, that’s expensive. A planned upgrade is far easier on your wallet than an emergency.

According to the State of Software Happiness Report of 2019, more than 50% of employees are unhappy at work due to their software tools. Almost a quarter say they’ve considered leaving their jobs because of their workplace software. 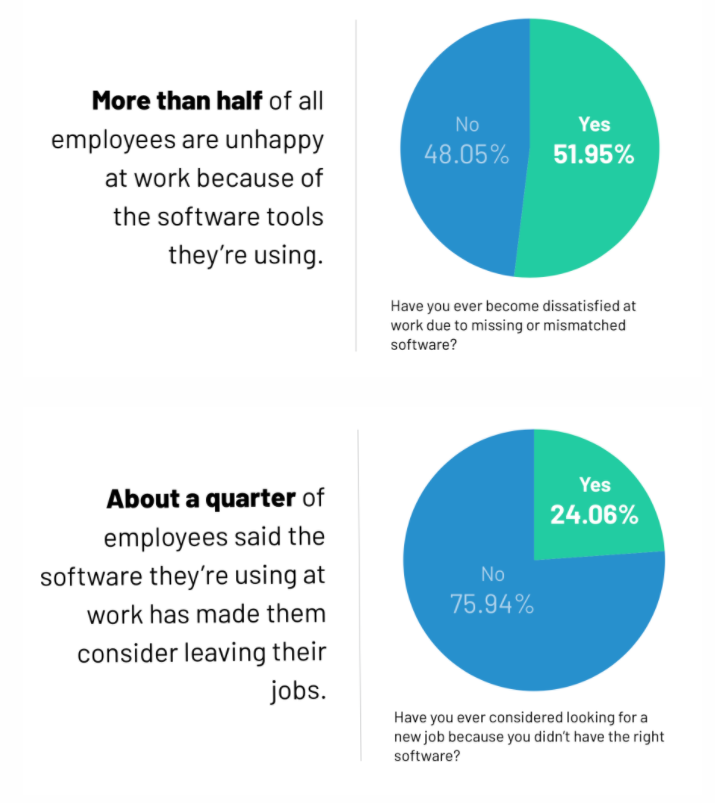 If you have a legacy system that’s old, clunky, hard to use, and requires numerous workarounds, there’s a good chance it causes stress and frustration among your team. They’ll use it because it’s part of the job, but they won’t enjoy it, and the software’s difficulties may be the deciding factor that causes them to look for another job.

The longer you use legacy software, the higher the probability that malicious parties will find a way to disrupt your business or steal data. The odds become greater as you cobble together more integrations and when the original development team isn’t around any longer to support it.

Plus, older software tended to treat security as a nice-to-have feature. Security patches were implemented after the fact. As new technologies emerge, so do new hacking methods, which makes older systems vulnerable. In an age of constant data breaches (where the average cost of a data breach is $3.92 million), you can’t accept any security holes.

The safest solution is to redesign your software using modern methodologies that put security and data privacy first. Protecting your app from these threats should be paramount.

Like every organization, you change over time. What worked five years ago doesn’t work today. And you’ll probably need to do something different over the next five years. Processes, SOPs, and workflows change all the time. Plenty of organizations change their entire business models.

If you bought or built your legacy software years ago, chances are your organization has evolved beyond it. It doesn’t quite fit anymore. You might use third-party tools or use complicated workarounds to make the software useful.

For instance, let’s say you make a strategic decision to expand into an international market, but your software doesn’t support additional currencies. This type of change is healthy for your company, but your software is holding you back. Solutions will cost development dollars and/or manual work from your team. And you’ll probably run into a similar issue the next time you make a change to your business.

Modernizing an old piece of software that your organization has relied on for many years is challenging. The major benefit of replacing your legacy software is the ability to build exactly what you need today and what you’ll need in the near future. According to research by Avanade, modernizing IT systems can lead to a revenue growth of about 14%.

We’ve covered why you should replace your legacy software, but let’s be realistic: We know it’s not easy to replace, rewrite, or modernize a legacy system, especially if the system represents the foundation of your operations. New systems take time and money to develop. You’ll need to import data, train your team and customers, and make countless adjustments along the way.

But eventually a legacy system stops providing value and starts making your life and work harder. There comes a point when the cost of maintaining an old system becomes greater than the cost of replacing it with something modern. Then it’s time to make the switch.

If you’re ready to progress beyond your old legacy system, or if you simply think now is the time to build something new, talk with us.