What is Rapid Prototyping And Why is it Used in Development? 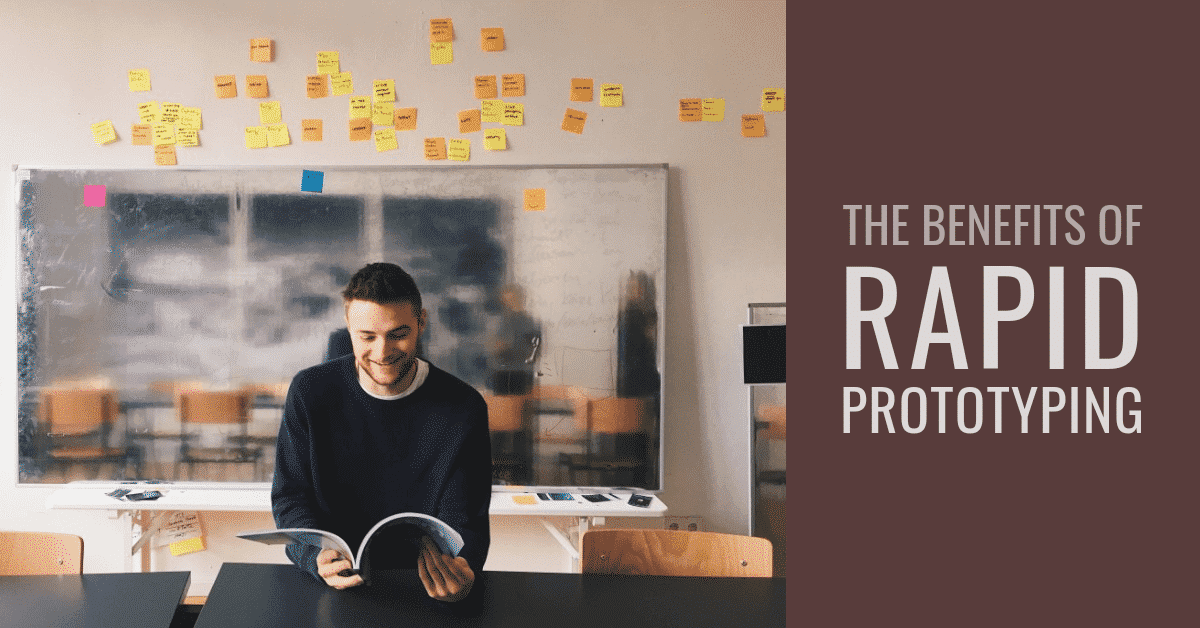 What is Rapid Prototyping?

Rapid prototyping is an iterative approach to the design stage of an app or website. The objective is to quickly improve the design and its functionality using regularly updated prototypes and multiple short cycles. This saves time and money by solving common design issues before product development begins, helps businesses to reach market quicker, and puts the focus of development on the needs of the end-user.

In the context of software development, rapid prototyping is normally associated with the Rapid Application Development (RAD) methodology, although you can also use it alongside an agile methodology. In some cases, the end product is actually a new product. However, in many situations, success is defined by improved user experience, a more seamless user interface, and other clear improvements to existing software.

Prototyping – The team creates one or more initial rapid prototypes. This is a visual representation of the design specifications as set out in the requirements document. The prototype may be either low-fidelity or high-fidelity (more to come on high- and low-fidelity prototypes) and may be interactive or non-interactive.

Feedback – The creators share the prototype with other team members, stakeholders, and focus groups made up of the intended end-users. Everyone evaluates both the design and usability before submitting feedback.

Improvement – The feedback is used to create a new iteration of the prototype. The design process then cycles round to Step 2 for further feedback. This continues until there are no more changes or a specified cut-off is reached (either a date, a number of iterations, or a clearly finished product).

The level of fidelity of a prototype is a measure of how closely it resembles the final product.

A low-fidelity prototype, such as a paper sketch, or wireframe, gives a high-level overview but lacks details; it isn’t interactive and can’t be confused with the real product. Low fidelity prototypes are useful for visualizing the most basic building blocks of the app or website but don’t allow users to experience what the final product will be like.

A high-fidelity prototype looks like a real product and mimics normal user interaction. Menus and buttons are clickable, and there’s far more focus on the details – the layouts, logos, images, spacing, and even fonts. High-fidelity prototypes take a bit longer to create but allow stakeholders (and investors) to check design decisions and users to give detailed feedback on specific user journeys.

Many development teams use Rapid Prototyping as part of a Rapid Application Development (RAD) methodology. Like Agile, RAD uses iterative improvements, but it differs in that it emphasizes speed and flexibility at the expense of structure. Because of this RAD is often favored for smaller projects, but is less usable for more complex projects, which benefit from the structure of an Agile methodology.

Rapid prototyping is a key part of RAD’s speed because it allows for early user feedback, which enables the project to start with a less defined set of requirements and then adapt as it progresses. Once a prototype has been agreed upon, the development team creates a working model using these specifications. 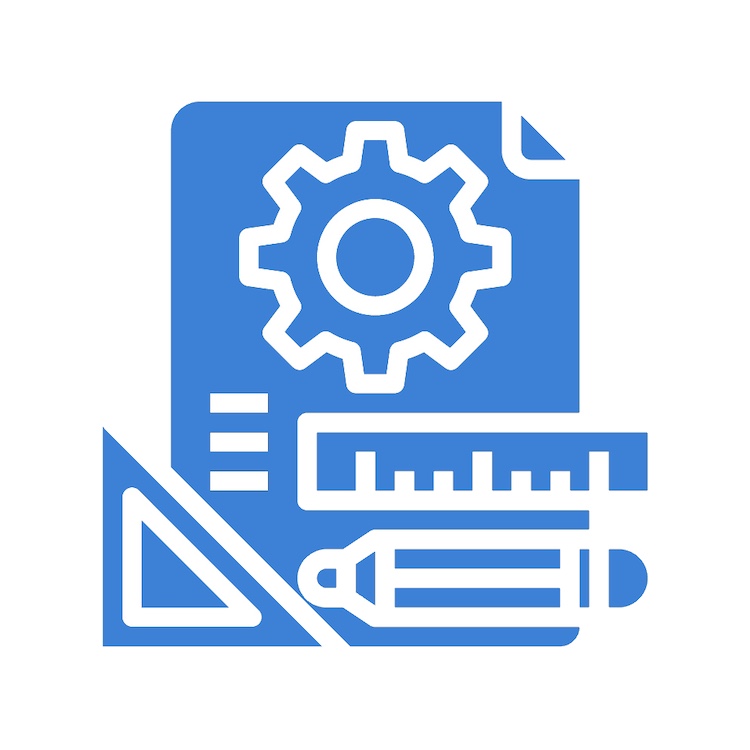 Rapid Prototyping and Agile both involve making incremental improvements over multiple iterations, but they’re not quite the same. Rapid Prototyping involves iterating at the design and planning phase to make structural decisions that are used to steer development. The prototype is separate from the product, and developers start afresh when they begin coding the product.

In Agile, the iterative process takes place during the development phase. The team creates a Minimum Viable Product (MVP), and then tests and improves it over multiple cycles. Essentially, the MVP is like a prototype itself, except it is not discarded and is instead continually updated, undergoing validation until it becomes the final product. Agile focuses on software development, while rapid prototyping focuses on design practices.

Rapid prototyping can be used alongside an Agile methodology when it is valuable to receive feedback before the development of the MVP begins, but this is situation-dependent and not common practice.

One of the biggest criticisms of rapid prototyping is that it can lead to endless revisions which extend the development time. This often results from the team mismanaging the process, rather than being because of a problem with the concept.

First, there should be a strict cut-off for development to avoid unnecessary delays. Unlike the aerospace or automotive industries--more classic contexts for rapid prototyping--a lack of regulatory hurdles and clear end products can make the end of a process murky.

Second, rapid prototyping isn’t about getting every detail or each prototype part right; it’s about receiving feedback on key design choices. The prototype is not the final product.

When used correctly rapid prototyping should reduce development time rather than extend it.

Rapid prototyping uses short cycles to quickly improve the core design, and it’s not unusual to see cycles as short as a few days or a week. In the earliest stages of low fidelity prototyping, the cycles could be even shorter than this.

Unless the project is very small, there isn’t time to prototype every single page, feature, or function. Instead, rapid prototyping forces the team to prioritize the small number of features that deliver the biggest impact for the project.

This focus ensures the time and resources are spent where they’ll have the biggest impact and avoids the design phase getting bogged down by minor details. Used properly, rapid prototyping should conform to the Pareto Principle, covering the 20% of features that deliver 80% of the impact.

With its focus on end-user testing, rapid prototyping emphasizes usability and customer experience from the beginning of the project. This early feedback helps to refine the design and reduces the likelihood of the development becoming delayed due to requests for significant changes.

This means projects using rapid prototyping often lead to results that are closer to the customer’s initial intentions. This is especially true when compared to waterfall methods, which lack the opportunity for early end-user feedback.

Interactive prototypes allow real users to test key customer journeys and provide feedback. For example, if you were building a banking app, it would be far cheaper to test common user interactions such as checking a balance, opening a new account, or finding mortgage information using a prototype. Prototypes enable businesses to spot key problems without wasting development time.

Prototyping enables everyone involved with the project to collaborate and provide feedback. By giving stakeholders beyond the product design team, including end-users, early opportunities to interact with and comment on the product the finished product is more likely to meet expectations.

The low cost of prototyping compared to development means teams that use rapid prototyping reduce their project risk. Regular early feedback from end-users and stakeholders means problems that can derail the project are discovered and discussed before the business invests more funds.

If the team does find major problems, they can either fix them during the prototyping phase (which costs far fewer resources than fixing the same problem at the development stage) or abandon the project with relatively few resources wasted.

The use of iterative prototypes accelerates the speed at which you can develop an app. This speed means businesses may benefit from being first to market and the increased market share that comes with it.

By getting to market quicker, businesses start to recoup their development costs quicker, plus a quicker development is likely to cost less in labor.

Do You Need a Software Developer?

DevSquad is a team of elite developers who specialize in helping companies develop SaaS products and take them to market. Our team members are more than just developers – they’re specialists who work together to deliver a custom solution perfectly designed to achieve your specific objectives.

We develop your project using two-week sprints, at the end of which you have either a prototype or a working Minimum Viable Product that you can show to users, stakeholders, and investors.

We aim to deliver value and help your business succeed, so we use a subscription model that enables you to easily scale our services up or down according to your budget and needs. Because we focus on shipping usable code, you can cancel your subscription at any time without worrying you’ll be left with unusable code.