What's the Difference Between Offshoring and Nearshoring? 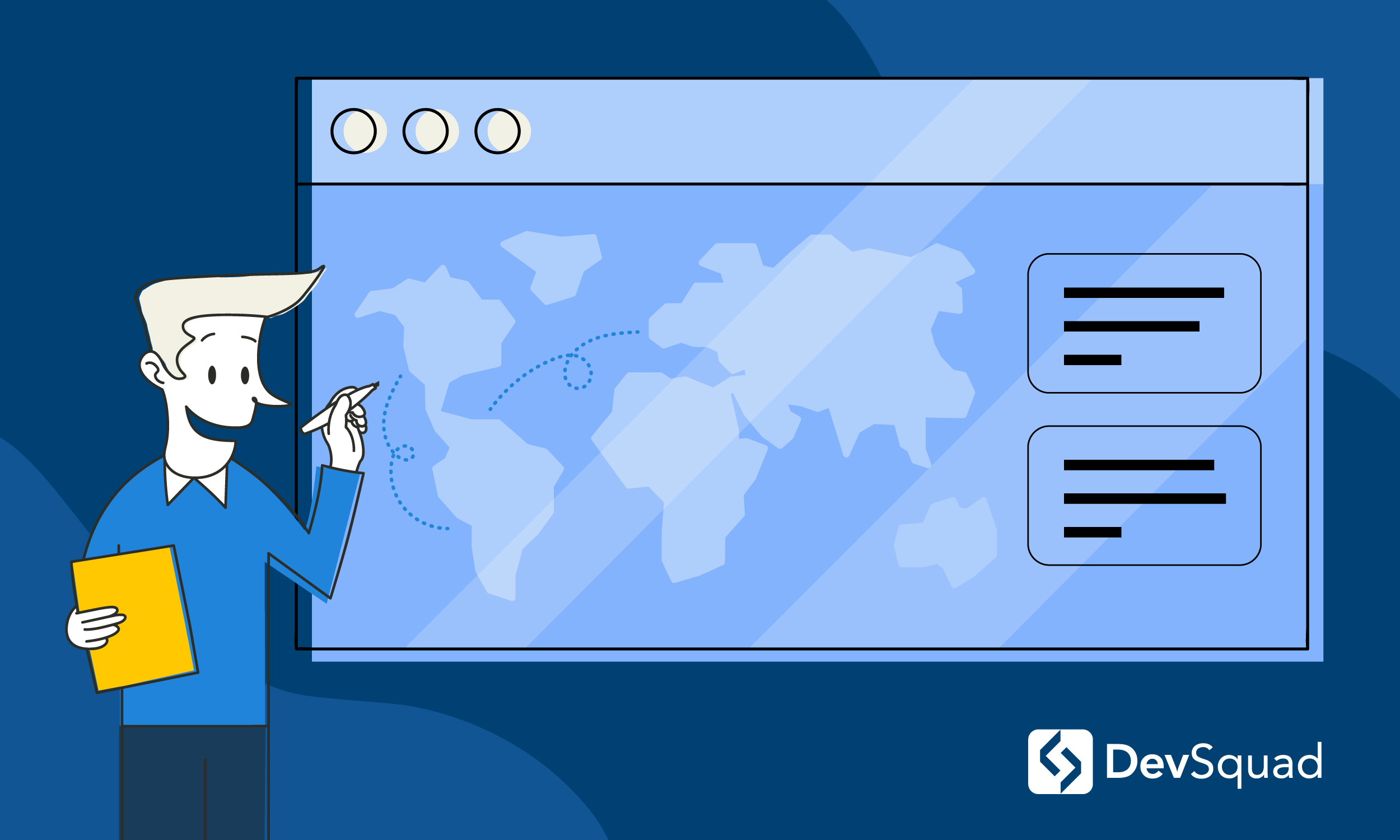 If your current team can't handle your IT workload, it seems logical to hire more people. But hiring an in-house team is expensive and time-consuming, so like 72% of companies, you’re looking to outsource development. 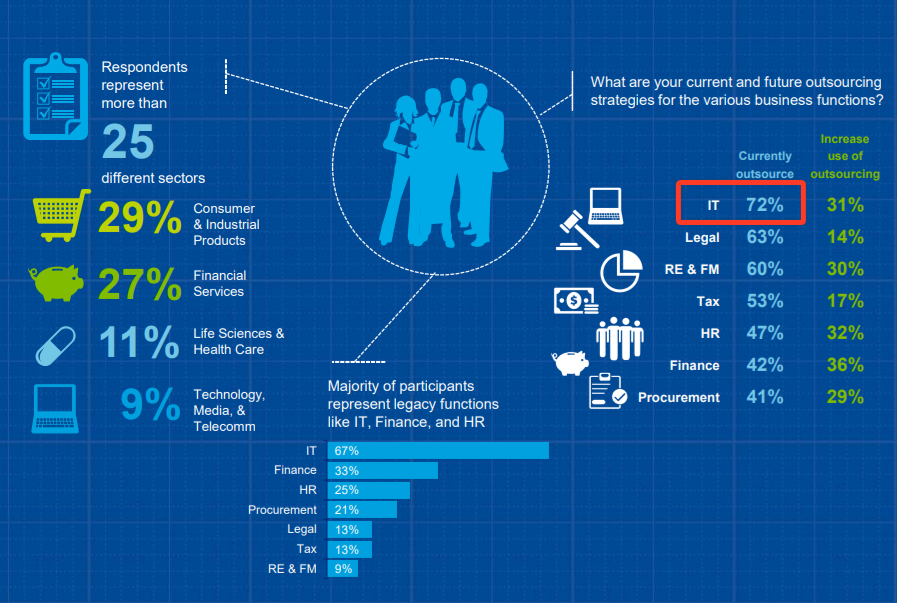 Hiring outside developers makes a lot of sense. You can get a team of talented and competent people who make great products without slogging through a year of interviews. And with an outsourced team, you can simply part ways when the project is over. No perpetual overhead or messy layoffs.

Outsourcing development to a nearby development shop is often prohibitively expensive. Most organizations are left with two options: nearshoring and offshoring.

How do these types of outsourcing differ? Which is right for your organization? In this article, we’re going to explore nearshoring and offshoring to help you choose the one that fits your team and projects. We’ll explain how they work as well as their advantages and disadvantages.

Offshoring is the practice of hiring people/vendors or moving your operations (or a portion of your operations) to somewhere far away, typically several time zones away. Some organizations move their operations to entirely new continents (or another shore, hence the name). 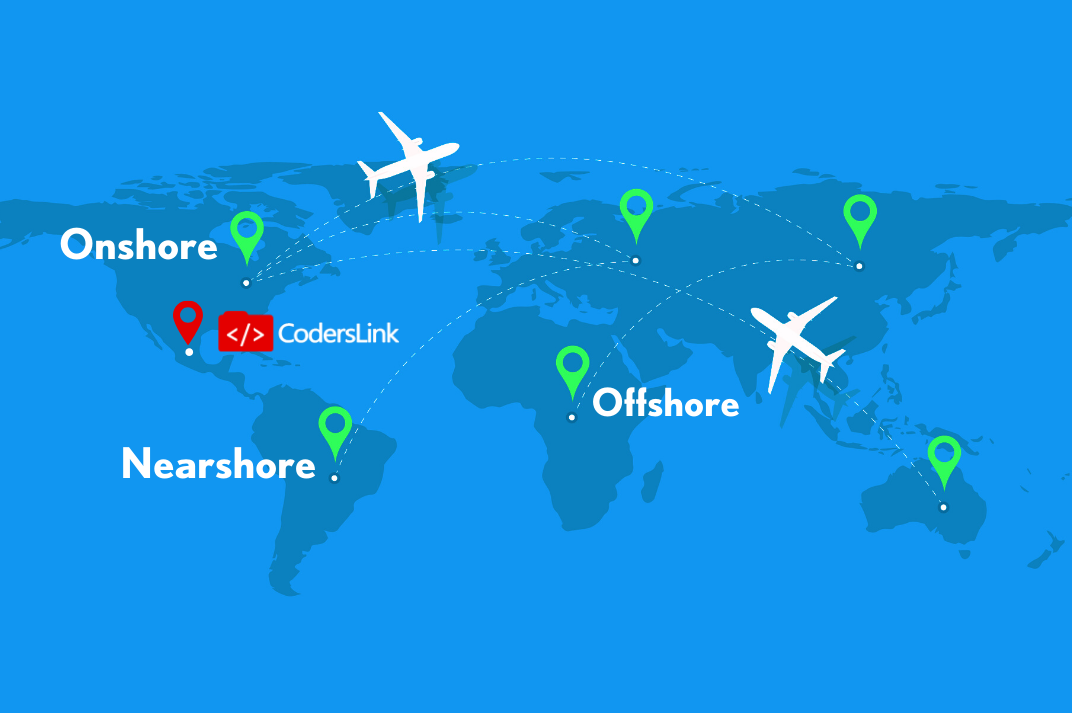 It’s also possible to hire an offshore team that isn’t based anywhere at all. As remote working becomes more mainstream, countless companies are giving up their offices entirely, opting to build distributed teams that operate all over the world.

Here’s an example of offshoring: You’re based in New York City, hiring a development team in Bangalore, India.

Price is the primary advantage to offshoring. Most organizations offshore to reduce expenses. They offshore to places where labor is cheaper. Offshoring can reduce other costs, as well, such as manufacturing or shipping expenses.

In the case of development, many organizations choose to offshore their development work to places like India and China where labor is especially inexpensive. These places offer bottom-rate developers who work in jurisdictions with few regulations.

There is one benefit to working in different time zones, however. If your customers need 24-hour support, it can make sense to hire people whose work hours are opposite your team’s work hours. This a good way to get support coverage without asking anyone to work a night shift.

Finally, offshoring has the benefit of giving you access to the entire global talent pool. You aren’t limited to the people who live nearby. This is especially powerful if your projects require advanced skill sets that aren’t available everywhere.

Offshoring your operations means hiring people in different time zones. Your offshore team will probably be working while you sleep. This creates unending communication issues because no one can discuss matters in real time without disrupting one or both parties.

For instance, what happens when your team has a major issue in the middle of their work day that requires your immediate consultation? You wouldn’t receive the message until you awoke, which might cost you money, valuable time, or reputation.

Working in different time zones makes meeting in-person a challenge as well unless you’re willing to travel internationally. If you like to meet your vendors in person regularly, hiring internationally can be problematic.

Offshoring usually presents culture barriers as well. Your offshore team might have certain work behaviors that don’t align with your expectations. They may not understand or appreciate your policies and workflows.

Finally, offshoring almost always comes with a language barrier. If you can’t speak to the team directly, you may have to hire a translator or other intermediary to relay messages. If you do speak the same language, there are often syntax and vocabulary differences that can create confusion.

Nearshoring is similar to offshoring. It’s the compromise between offshoring and hiring a local team.

As the name suggests, nearshoring means ‘near’ to your location. It refers to moving your operations or hiring a team in a location that’s different, but still in the same region. This includes neighboring countries in the same or similar time zones.

Here’s an example of nearshoring: If you work in New York City, hiring developers in Brazil would be nearshoring. They’re in another country, but still in the same region and only one or two time zones away.

In many cases, nearshore vendors have people or offices in your location, but their teams work in neighboring countries. This allows you to work closely with someone who understands your language and culture while still reaping the benefits of nearshoring.

In fact, that’s exactly how we work at DevSquad. Our leaders operate in the United States, but many people on our team work in South America.

First, there's the cost. While nearshoring isn’t as cheap as offshoring, it’s still cheaper than building your own team. You can hire talented and hardworking people at significantly lower labor rates. But this doesn’t mean you’re taking advantage of anyone as the nearshore team earns fair (and often generous) wages for their region. 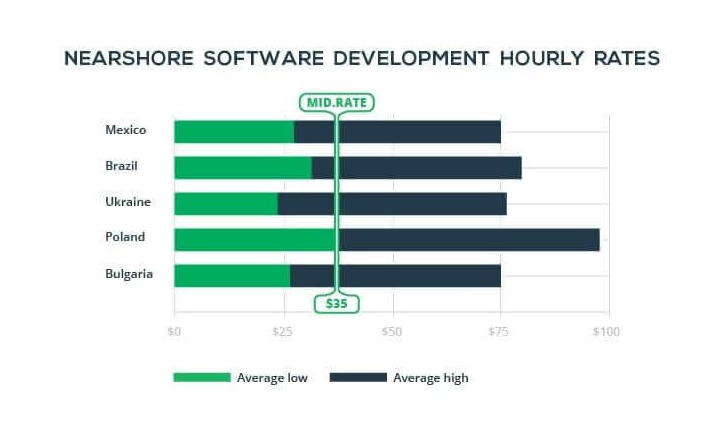 Second, communication is a lot simpler because nearshore teams are in the same time zone. When you’re working, they’re working. You can call them up in the middle of the day and schedule meetings that don’t disrupt anyone’s schedule.

Finally, traveling is a lot easier if you want to meet your nearshore team face-to-face. You may be able to visit them by car, train, or short flight. Depending on the nature, duration, and size of your project, some in-person time could be a big help.

Nearshoring is slightly more expensive than offshoring because the people on those teams work in a nearby region where pay scales and costs of living are similar. That said, nearshoring is by no means expensive. It’s still substantially cheaper than hiring your own team in-house.

Furthermore, nearshore vendors often share cultural similarities that may create conflict. For instance, if you celebrate Christmas, chances are your nearshore team will take holidays around that time of the year as well. That could be an issue if you require someone to be available during this time period.

Finally, if nearshoring limits the available hiring area, it may limit the level of talent you can acquire. You don’t have access to the entire global talent pool. But this doesn’t mean nearshoring will limit your talent selection. Most likely, there are plenty of talented people providing the services you need nearby.

You may have thought that the only difference between offshoring and nearshoring was distance, but as you can see, these practices are quite different. In our increasingly digital world, proximity is often irrelevant, so hire vendors who best meet your needs, regardless of their location.

In our opinion, nearshoring is the better option for most companies. It offers much of the cost savings of offshoring without many of the drawbacks. It’s a healthy balance, we believe, which is why it drives our business model. When you work with DevSquad, you get the leadership and expertise of a U.S.-based team and the cost savings of developers in Brazil and Latin America.

Start by asking yourself about what you hope to achieve and what’s important to you in a relationship with an outsourcer. Are you concerned about communication and ease-of-work? Do you need access to a particular type of talent? Or are you only concerned with cost? Answering these questions will help you identify the right outsourcing model for your organization.