The Drawbacks of Hiring In-House Developers 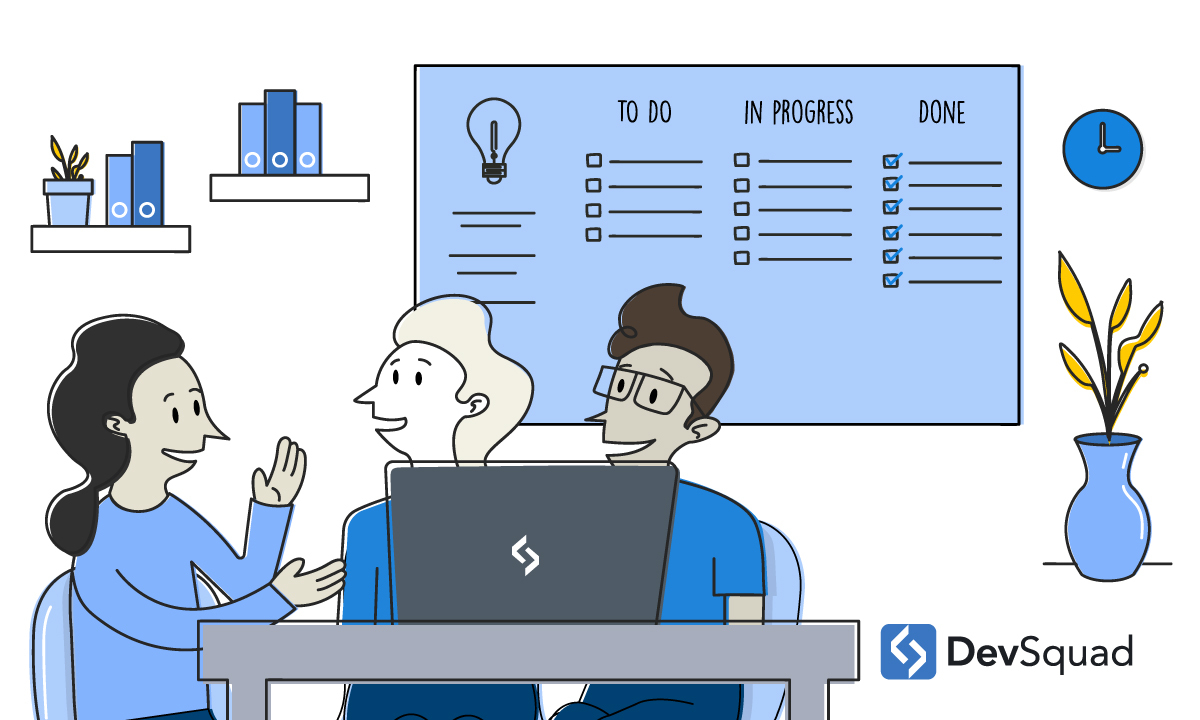 Whether you’re building a customer-facing application or an internal tool, you want it done correctly, reasonably fast, and at a fair price. You need a highly skilled development team that brings experience and passion to the table.

Hiring your own internal team used to make sense. But the realities of the economy and the rapidly changing software industry have changed that. Today, hiring your own development team is fraught with drawbacks. Countless organizations spend more time and resources building and managing an internal team than they spend on the actual product.

In this article, we’re going to break down the disadvantages of hiring your own development team and explain why it’s often smarter, easier, and more efficient to hire an outsourced team. Consider these drawbacks carefully if you are preparing to build your own product.

When you hire for an in-house position, you are limited to the talent that lives within a reasonable driving distance of your office. This is especially problematic for companies in small cities who can only pull from low population areas. People will only commute so far to work.

This is why there are little “hubs” all over the country where companies and talent congregate. Tech startups gather in Silicon Valley, filmmakers in Hollywood, financial services in New York, automotive in Detroit, etc. 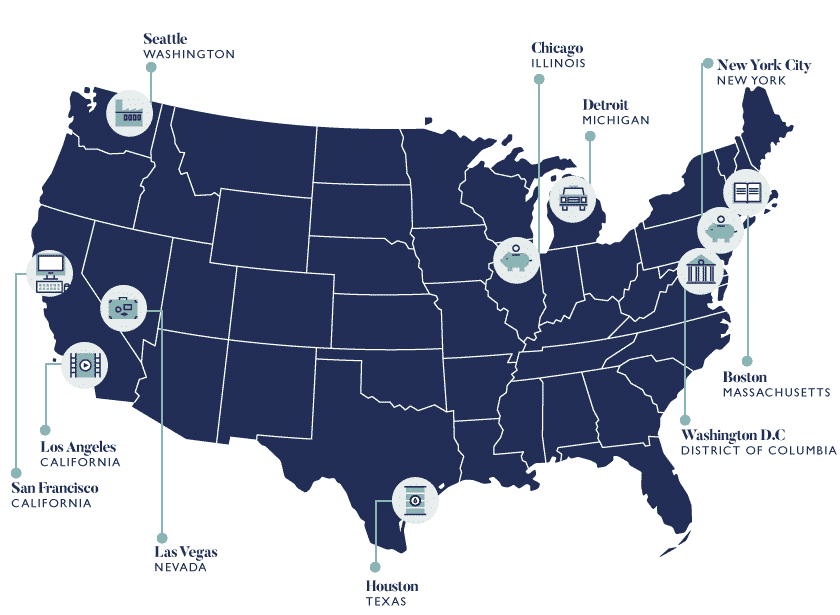 If you're trying to hire for a business outside of that industry’s hub, you’ll find that a lot of people with skills and experience you need are already employed. You’ll have to make a better offer to convince them to join your organization. If you find someone from outside your area who’s willing to move, you might have to compensate new hires for relocation expenses.

When you hire an outside team, however, you can focus on finding the best talent for your needs. It doesn’t matter where they’re located. Technically, you can hire from anywhere in the world, but we recommend hiring from within your own country otherwise you’ll deal with logistical challenges.

Hiring your own people requires a massive amount of time and resources. The average length of the hiring process in the U.S. is about 23.8 days and costs $4,129 per employee.

If you need five developers for an upcoming project, you’ll have to conduct five sets of interviews. If your hiring process requires three interviews, that’s fifteen meetings just to choose the right people. It’s unlikely that they can all start at the same time, so it could be months before they’re all in the same building together.

And it’s not like they start writing code the first day they sit at their desks. There’s company onboarding, team onboarding, learning to use internal tools, etc. Oh, the IT people got someone’s name wrong? Add an extra week to sort out their permissions.

Once you get through all the formalities and paperwork, there’s always the big variable that takes a few months to show itself: culture. If someone on the team doesn’t fit into the company’s culture, there’s a good chance they won’t last long. This forces you to start the hiring process all over again for that position. We've seen companies spend more than a year building an internal development team only for the whole project to fall apart when one of them leaves for personal reasons.

It’s faster, simpler, and less expensive to hire an outside development team. There’s little onboarding to do and they already work well together, so culture won’t be an issue.

You Don’t Have Much Talent Versatility

The IT landscape changes constantly. In order to be competitive, you have to be flexible and willing to use whichever technologies build the best products. But that’s hard with an internal team.

When you hire in-house developers, you’re limited to their skills and niches. If, for example, no one on your team knows Laravel, then you can’t build with Laravel without making an additional hire. That’s not anyone’s fault, of course. Your employees can’t be good at everything and there’s no way to predict which technologies you’ll need in the future.

But when you hire an outside team, you gain access to an entire suite of skills. The development shop can plug their specialists into your projects at any time. It’s completely customizable based on your needs.

Successful companies like Alibaba, Skype, GitHub, and Google outsource their projects to third-party development shops all the time. In fact, there are some companies who wouldn’t have any products at all if it wasn’t for outside developers. Sometimes they send out projects to save time. Other times they bring in teams to temporarily supplement their staff.

Let’s say your application is doing well. Users love it and it’s making money. You want to accelerate the road map, roll out more features, and move into new markets. But like we mentioned before, hiring and training takes months. Scaling up quickly is simply impossible.

Now imagine you’re facing the other problem. You’ve launched a product. The response has been warm, but you don’t need a full team to iterate. You need to scale your team down. Moving developers to other teams isn’t possible and firing them isn’t ideal. Now you’re stuck paying for a team you don’t need.

Outside development teams don’t have scalability issues. They’re built for flexibility, so they’re ready to grow or shrink at any time. This makes outsourcing ideal for one-off or short-term projects with clear endings (or points where the project can be transferred to a small internal team).

As much as you’d like to focus on building the best product no matter the cost, money is always a factor. Your company leaders and stakeholders want you to maximize your budget as much as possible.

In-house developers are expensive. They need full-time salaries, health insurance, benefits, retirement plans, and perks like public transportation subsidies or parking stipends. They need equipment, software licenses, desk space, and oversight. They get paid no matter what, even if the project is over and there’s nothing for them to do.

Unlike hiring new people, pulling developers from other teams, or transferring employees from other locations, diving into a relationship with an outside developer is fairly quick. Depending on the development shop’s availability, you can often get started in just a couple weeks.

Starting quickly doesn’t just save you money, by the way. It also improves your time-to-market. This is especially important if you’re trying to disrupt a market or beat a competitor. 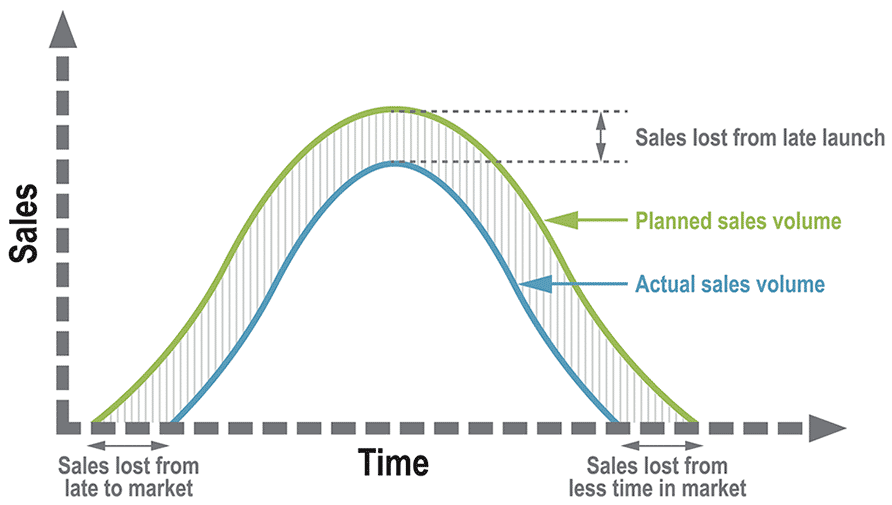 While some products are iterated on indefinitely, many have endpoints where most of development stops. It’s hard to transition internal hires into other roles unless you’re constantly developing something. With an outside team, however, you stop paying them when development ends.

If you’re in a high-cost area, you’ll have to pay those same expensive rates to in-house developers. But just because you operate in a high cost of living location doesn’t mean you have to pay those prices. You can save a lot by hiring a team that operates in a lower cost of living area. In many cases, this means you can afford to hire a bigger team of developers than you otherwise could.

If you choose to hire an outside development team, make sure you’re partnering with a reliable vendor who can provide you with a dedicated team throughout the development process. Work with a development shop that works as a fully fledged product team.

With DevSquad, you don’t have to hire, train, nurture and orchestrate productive teams. You bring the vision. We bring the people who are talented, experienced and excited to begin. Let's get started!