SaaS Acquisitions: The Highest of All Time & Small But Inspiring 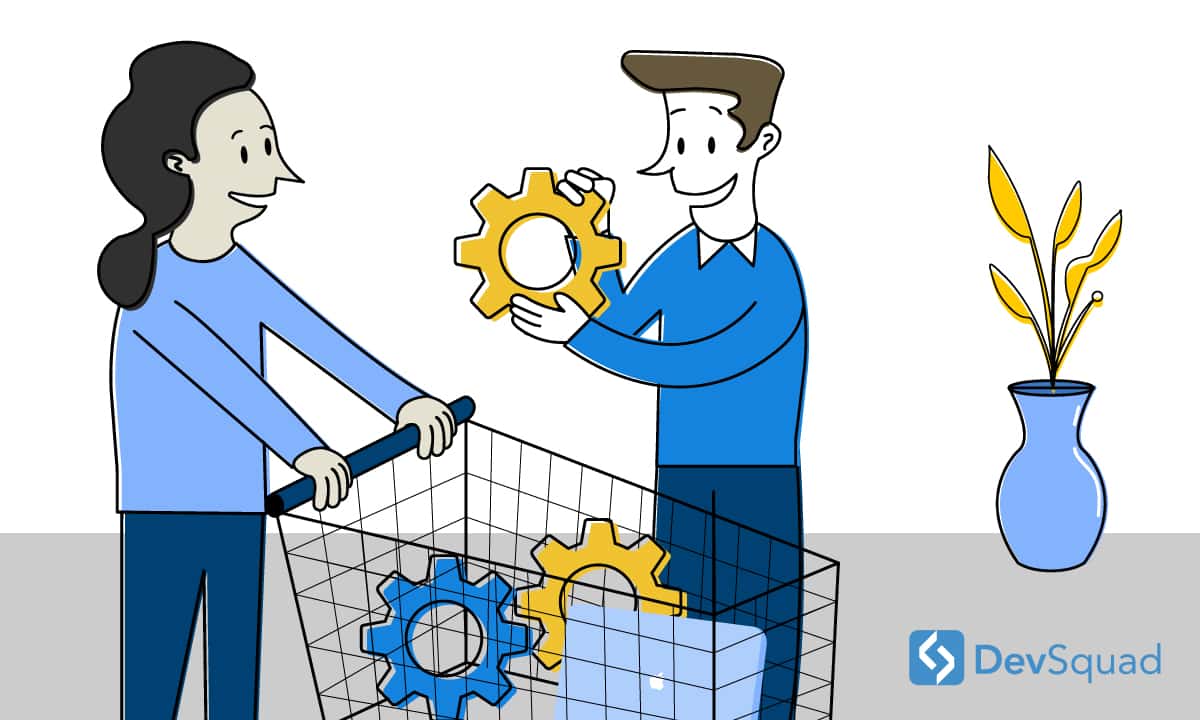 You always need an exit plan right? While you might not plan on selling your SaaS right away, these SaaS acquisitions can inspire you and show you what is possible.

In this post, we’re covering the biggest acquisitions of all time, plus some that don’t come near the billion dollar mark but can inspire your entrepreneurial journey even more.

We’re also sprinkling in ideas to help you see how these successes could translate into ideas and inspiration for your SaaS business. Don’t just make things up, model what others have done. Right?It’s always fun to play make believe.

In one of his email newsletters SaaS influencer Nathan Latka invites you do to just that. Let’s make believe that you are the founder of a SaaS company doing $20M in revenue. Would you sell for $200M? Nathan would, but the founder wouldn’t. 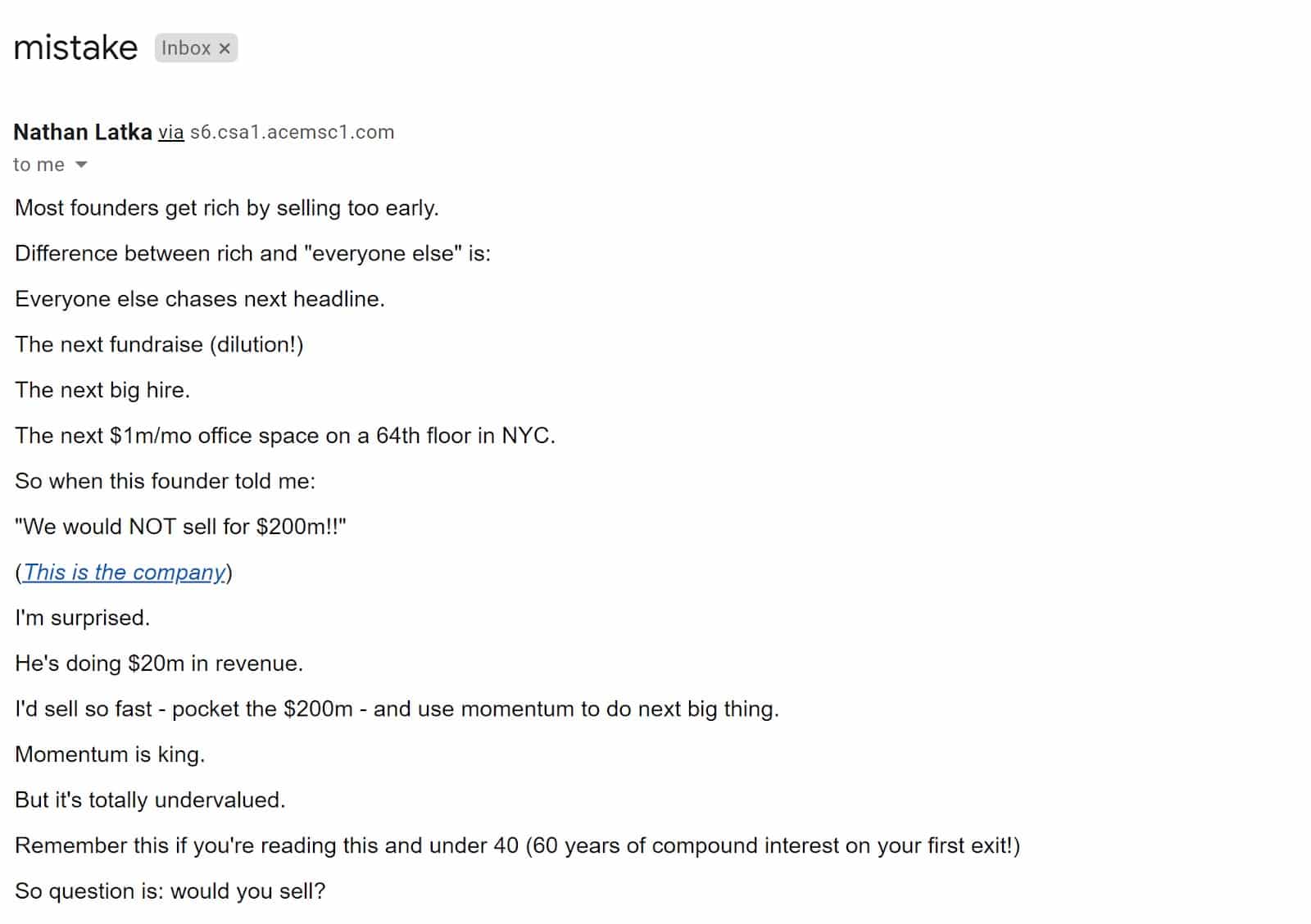 But that’s just a hypothetical question, of course. In order to actually be in that scenario, where you could decide whether or not you wanted to sell your business for a 9 figure sum, you have to build something the market needs.

Check out this post on how to vet your SaaS ideas before you build, and keep reading for SaaS acquisitions of humongous amounts and unknown sums.

Let’s kick off things off with the biggest. The age of the billion-dollar SaaS acquisition is well under way, and plenty have surpassed that threshold.

Sendgrid - acquired by Twilio for $3B

On February 1 of 2019, Twilio completed their acquisition of SendGrid. It took a while to finalize because SendGrid was already public, and they had to pay shareholders and take the SendGrid stock off the market. The CEO of Twilio says that the company acquired SendGrid to “provide a complete platform for every form of customer engagement.” Essentially, now Twilio offers email in addition to SMS.

Qualtrics - acquired by SAP for $8B

This acquisition took place in November of 2018, and it’s quite a high SaaS acquisition price. It led many in the enterprise software world to wonder...why did SAP pay that much to acquire a survey company? What were they hoping to gain?

The long and short of it is that this tool is in an emerging market called experience software, designed to get qualitative and quantitative feedback to help companies make even better products. With this purchase, SAP sees a huge opportunity in an enormous new market. Basically every startup and enterprise needs to do better at customer feedback so they can make outstanding experiences. 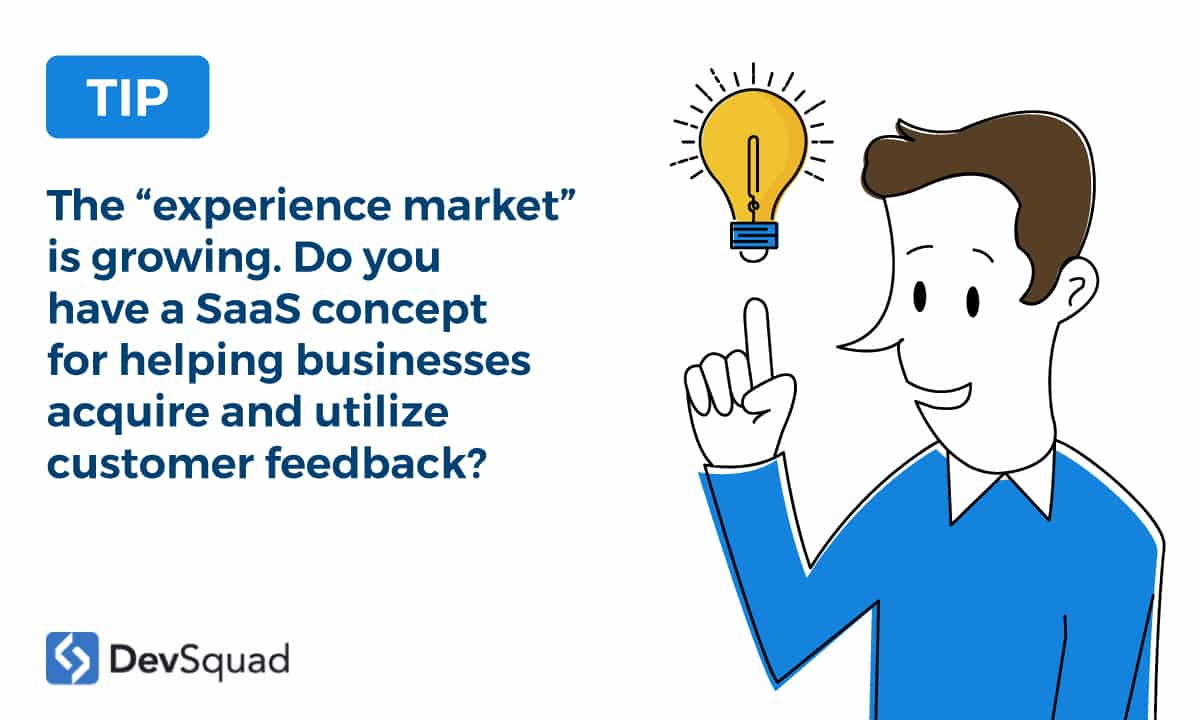 GitHub - acquired by Microsoft for $7.5B

Microsoft acquired GitHub so they could extend their cloud-native design-development-run ecosystem. Taking place in June of 2018, this acquisition was poised to help Microsoft continue to be the go-to company for software developers. Microsoft CEO Satya Nadella said, “Developers are the builders of this new era, writing the world’s code. And GitHub is their home.”

Mulesoft - acquired by Salesforce for $1B

The purpose of Salesforce’s acquisition of Mulesoft was to allow organizations to easily synchronize data and increase the value of the applications they build on the Salesforce platform. It’s all about perfect connectivity, which is something Salesforce wasn’t able to offer on their own. The one-billion-dollar acquisition took place in March of 2018.

HotelNinjas - acquired by Booking Holdings in 2014 for an unknown sum

Booking Holdings (Priceline and Booking.com) acquired HotelNinjas in 2014. The exact amount is unknown but estimates are between $10 and $20 million. HotelNinjas was a cloud-based property management system. The brand was completely absorbed by Booking.com and is used by hoteliers.

This is an inspiring story, because CEO and co-founder Avi Meir knew he was building something that could and likely would get acquired. He’s now building TravelPerk, which has gained over $100M in funding to date. When pressed, Meir maintains that he will likely not sell TravelPerk anytime soon, because the brand can stand all on it’s own and doesn’t need to be acquired to thrive or survive. 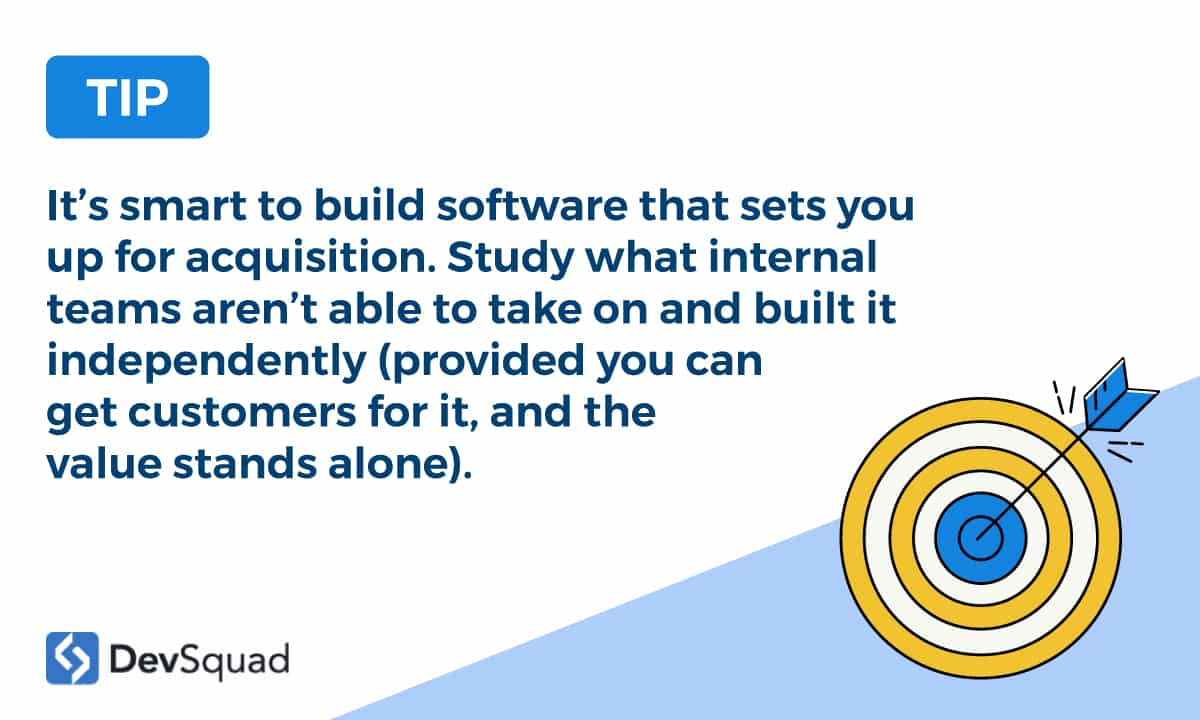 Scout - acquired by Workday for $540 million

In December of 2019, Workday completed its acquisition of Scout, a cloud-based platform for strategic sourcing and supplier engagement. The goal of the acquisition was for Workday customers to expand and improve how they can plan, execute, and analyze spending in one solution. Essentially, procurement teams now optimize their spend even better, and work towards more transparency and efficiency.

Honey - acquired by PayPal for $4 billion

Acquired in November of 2019, Honey Science became Paypal’s biggest acquisition in its history of over two decades in business. While some analysts are still puzzled as to why Paypal bought Honey for that sum, one thing is clear: it proved that there is “immense value for consumers, merchants, and payment providers in virtual shopping assistants.” So if you’re thinking about building a new SaaS business and B2C doesn’t scare you too much, then maybe start there? 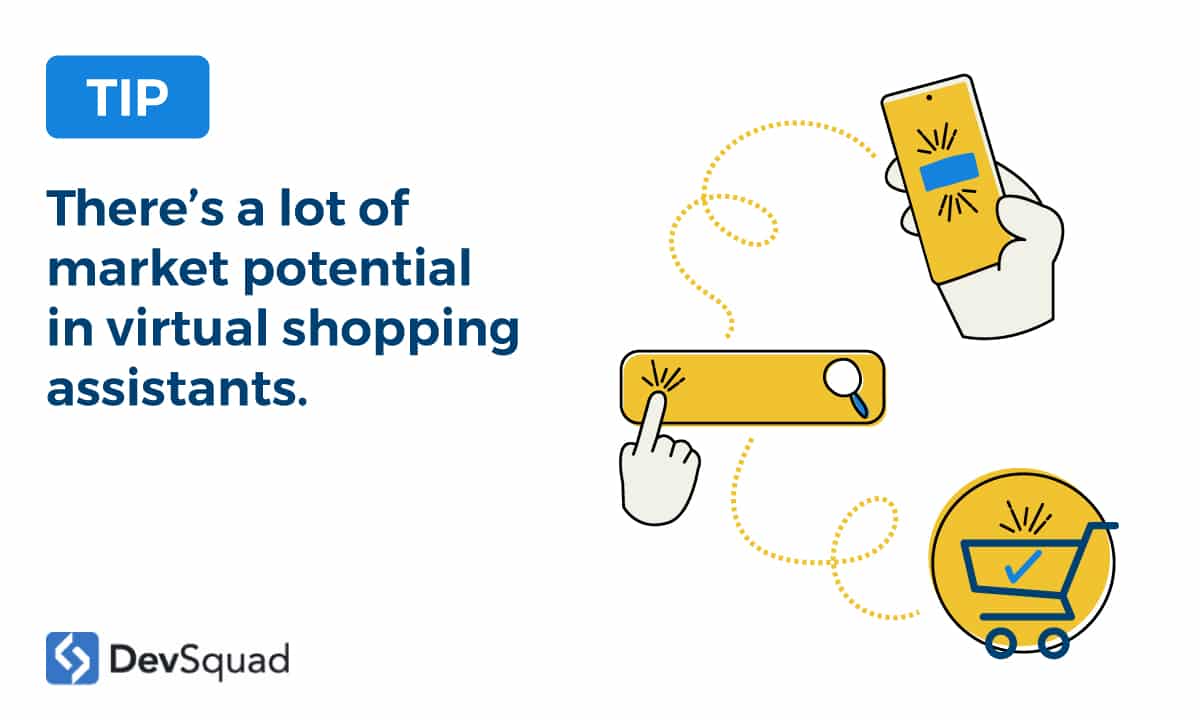 AnsweriQ - acquired by Freshworks for an unknown sum

They’re working towards bringing bots and humans together, so that bots can “gracefully handoff” cases to the human support staff. That sounds like a really smart move.

Movere - acquired by Microsoft for an unknown sum

Microsoft has been buying up a lot of startups the past few months. In September of 2019, it acquired Movere, a SaaS company that helps customers plan and execute cloud migrations as well as to optimize and monitor various IT environments. Presumably, this purchase will help Azure cloud to better compete with Amazon AWS. The acquisition complements Azure Migrate and helps make a cloud migration easier for Azure’s customers.

That’s a smart SaaS idea...build a product that it will make it easier for a SaaS company to get customers to migrate from a competitor! 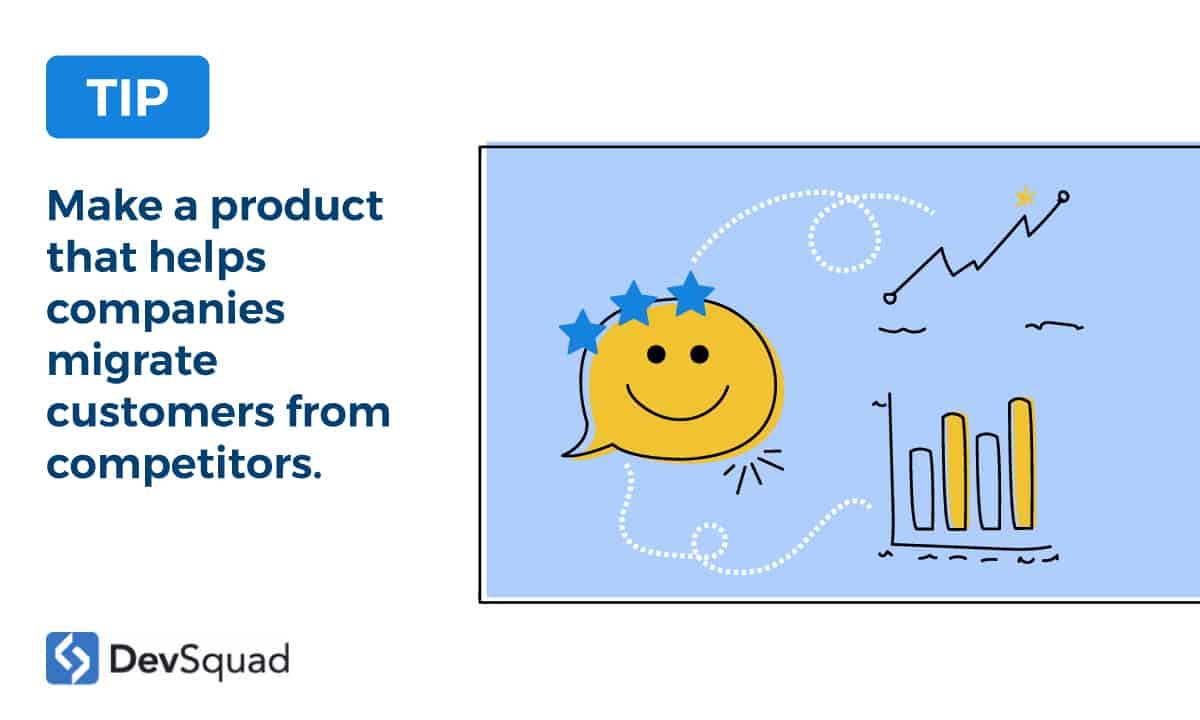 Onshape - acquired by PTC for $470 million

Onshape is the “first Software as a Service (SaaS) product development platform that unites robust computer aided design (CAD) with powerful data management and collaboration tools,” according to this press release. Onshape helps designers and developers work together to greatly reduce the time to market for any new product. This acquisition marks the first step in PTC’s plan to produce a recurring revenue model.

ConnectWise - acquired by Thoma Bravo for an unknown sum

ConnectWise is offers their business management suit to technology solution providers. It was acquired by Thoma Bravo, a private equity investment firm. While the amount of the acquisition is unknown, ConnectWise was valued at $1 billion at the time of purchase. There was a really cool success story with this one! Because the company was employee-owned, the acquisition immediately created over 70 millionaires.

Keep dreaming those SaaS acquisition dreams, and as Nathan Latka would suggest, sell when the time is right so you can keep that forward momentum going strong.

To learn more about how to build a SaaS business, schedule a call with the founder of DevSquad, who successfully exited a SaaS before building the our development agency.