Myths and Misconceptions About Hiring an Outside Development Team 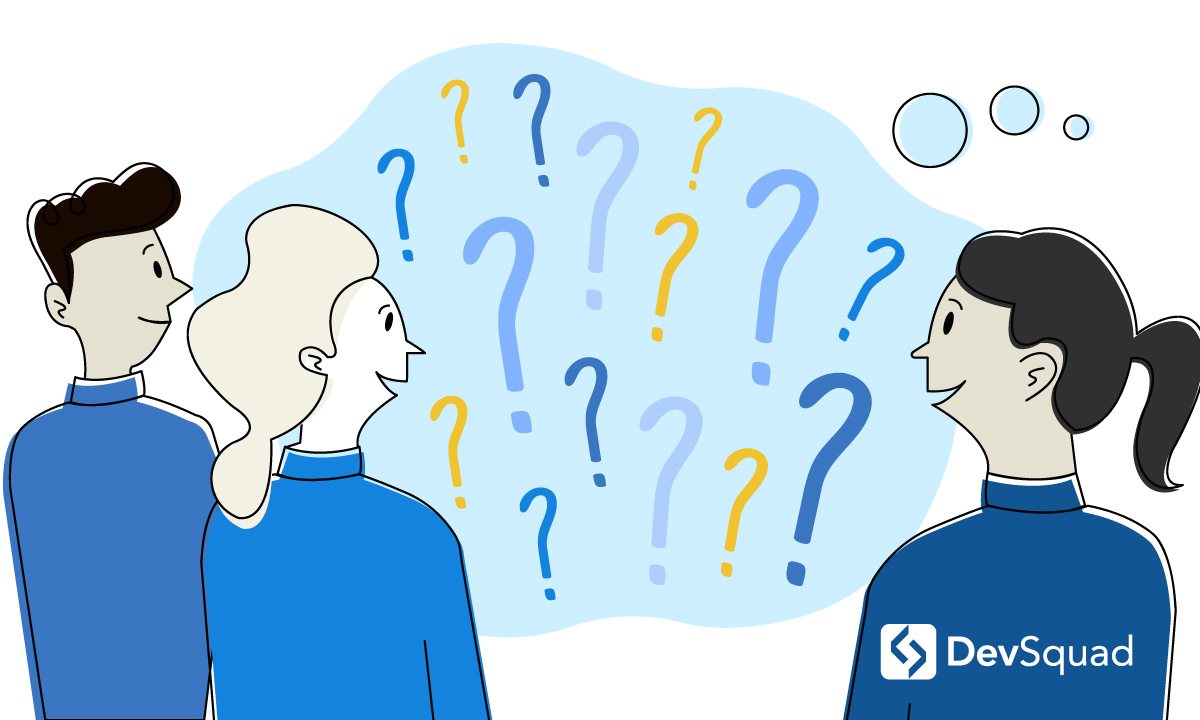 If you’ve considered hiring an external team to develop your software product, you’ve probably come across several common objections to outsourcing. Many of these objections are based on an era when outsourcing was new and flawed. Some are pure fantasy.

Today, outsourcing is a normal part of growing a business. In 2017, 31% of IT services were outsourced. Global revenue of IT outsourcing reached $62 billion in 2018. It’s one of the most common outsourced functions. 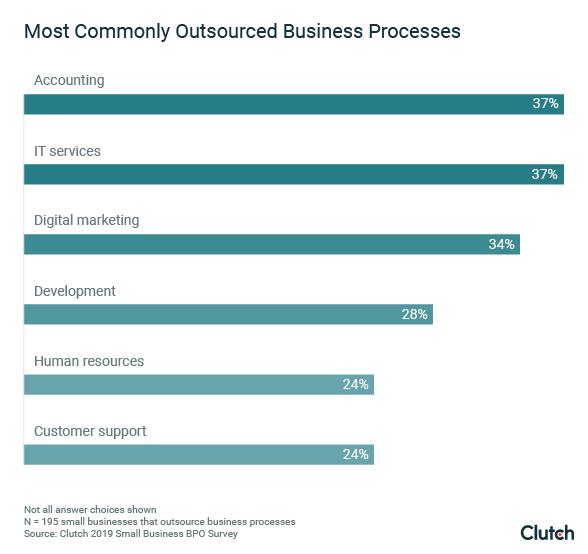 There’s a reason so many companies are willing to hire outside developers to build their products: the arrangement works.

In this article, we’ll explore nine myths that never seem to die about outsourcing software development. Busting these myths will help you make better decisions when it comes to hiring an outside development team.

Myth #1: Cost is the Only Reason to Outsource

Cost is a reason to outsource your development, but it’s not the only reason. In many cases, organizations choose to hire outside developers even when the cost is higher (though it’s typically 30% cheaper).

What are some other benefits? 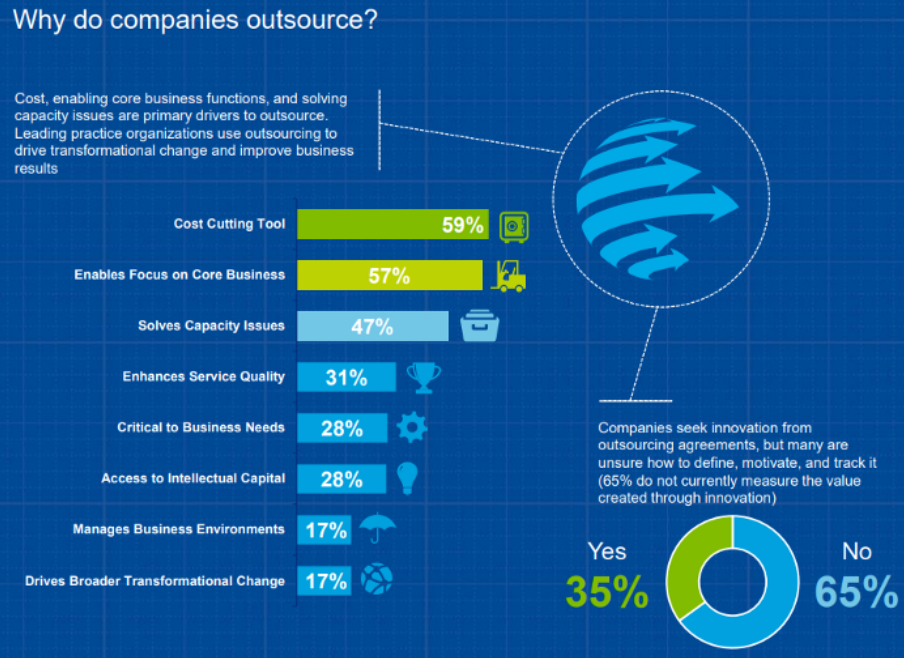 Myth #2: Communication with the Team Suffers

It’s tempting to be nervous about hiring a remote group of people to handle something as important as a new product. How will you keep lines of communication open with a team that might be across the world?

First, there’s little need for you (the product owner) to have frequent communication with most of the development team. You should communicate primarily with the team’s project manager. This makes things a lot simpler.

Second, modern communication is largely digital. You can communicate efficiently anywhere in the world. Countless inexpensive and easy-to-use tools make this possible. According to the research, 52% of remote workers contact their manager at least twice a day.

Admittedly, time zones can be problematic, but only if you allow them to be. This is one of those challenges you can overcome with a little effort.

As the product owner, you shouldn’t be watching over the team’s shoulder every day. Let the product manager on the outsourced team worry about their productivity and deliverables. You just need to come with a workflow and schedule that lets you meet with the product manager according to whatever schedule you devise.

To collaborate, you could arrange meetings for overlapping hours. You might take turns meeting during outside normal business hours (one week on your schedule, the next week on their schedule). You could also opt for a workflow that uses 100% asynchronous communication. You have a lot of options here.

In order to build your product, your outsourced developers probably need to access some of your sensitive information. That might include client data, intellectual property, API access, or even insight into how you run your business (something your competitors might like to know).

Some organizations worry that the outsourced partner will abuse this information. But outsourcing presents no greater security threat than hiring in-house employees.

Outsourced developers are fiercely protective over their reputations. They live off of referrals and recommendations. Their business would be ruined if they developed a reputation of compromising security or abusing your data.

That said, it’s still smart to implement proactive security management policies. You should clearly state your security requirements at the beginning of the relationship, audit their behavior to make sure they’re complying, and require everyone to sign an NDA.

This one is simply false. According to research from Clutch, more than a third of small companies outsource some of their processes, including software product development.

Small companies report that they hire outside developers because it makes them more efficient, it gives them access to certain technical expertise they normally couldn’t obtain, and it lets their in-house employees work on other critical tasks.

In fact, outsourcing development open suits small companies because it gives them flexibility. They can hire a team to build their product, then scale down or eliminate the team entirely after release. This is a lot cheaper than building an in-house team that you have to keep paying indefinitely.

Yes, it’s true that you can’t watch your outsourced employees work. They’re in another building and often in another state or country. You can’t track their computers or phones.

But why would you want to? Micromanaging a team isn’t healthy for anyone. As the product owner, your job is to work with the product manager to design a product that meets your needs, then let the developers build it. Standing over someone’s shoulder making sure they don’t browse Facebook is not worth your time.

That said, you need a development team who respects your time and money. You need an outsourced partner that will hit their deadlines and charge you something close to their estimate. Make sure to hire an outside development team that meets these criteria so you don’t have to stress about their productivity.

A lot of companies struggle with this fear because outsourcing seems like giving someone else leverage over your company. If you outsource product development, what happens if your developers suddenly close their business? What happens if they aren’t available to make some emergency updates?

Is it possible to become dependent on a single vendor? Yes, but that isn’t a guaranteed part of outsourcing. It usually means you didn’t understand your own project well enough.

Your product shouldn’t be a mystery. You, or someone on your internal team, should know the project well enough so you can bring it to another developer, explain how it works, and onboard them quickly.

This one is just nonsense, yet it never seems to fade away, no matter how many successful products come out of outsourcing relationships. The reason behind this myth is that outsourcing often hires developers in regions with low price tags and poor skill sets.

The truth, however, is that low-quality products are produced by low-quality development shops. Those can exist anywhere, just like high-quality shops can exist outside the U.S. If you outsource to a competent company with highly skilled developers, you’ll get a good product no matter where they are.

Some people argue that there’s no sense in hiring an outside development team to build your product because you’ll have to support it indefinitely. “You can’t outsource forever,” they say. But that isn't quite true.

Many companies choose to outsource development when their inner team is unable to build the product, or when they want to work faster, but plenty of companies use outside vendors throughout the entire life of their product. Who better to support and continually improve the product than the people who built it?

Plus, development shops love customers who want them to stick with the product. It makes their work easier and their revenue predictable.

Outsourcing software development isn’t without its challenges, but it’s a valuable tool for companies of any size. It can even make a better product. Now that we’ve busted some of the common myths of outsourcing development, you’ll be able to make a better decision as to whether it’s right for your organization.