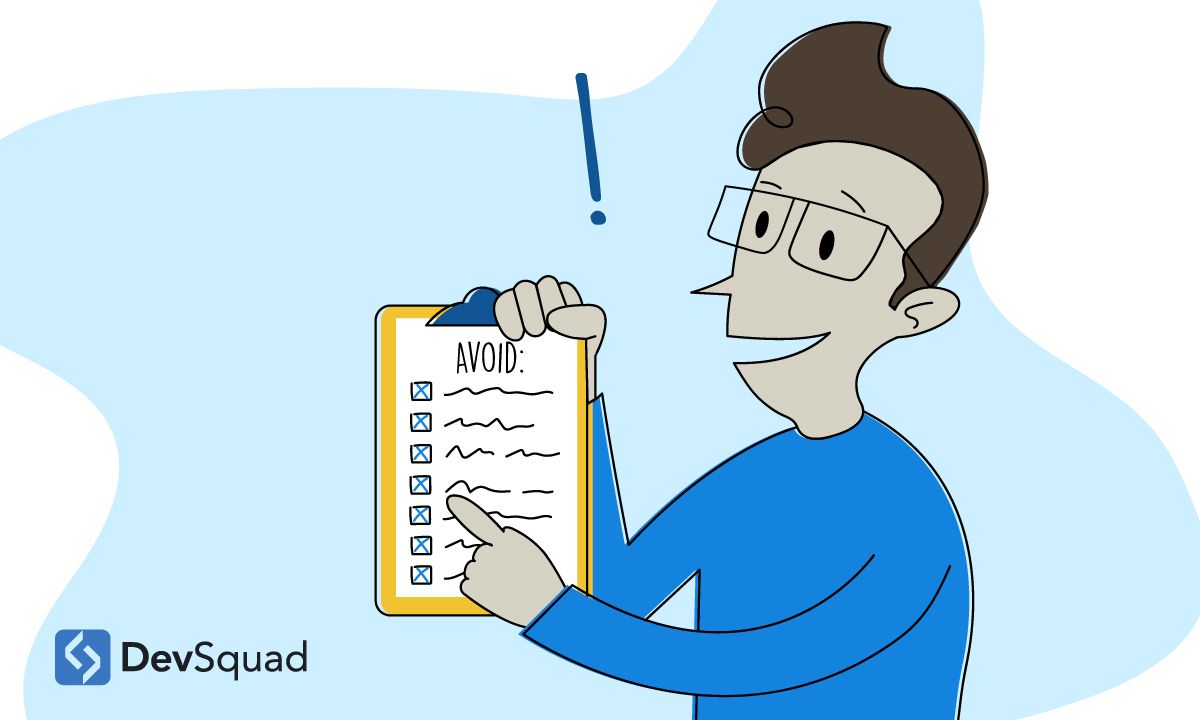 Some of the biggest tech companies in the world were created by founders who didn’t have any technical skills. They hired smart people and outsourced development to build the products they became famous for. For instance, Airbnb’s Brian Chesky was a designer. Pandora Radio CEO Tim Westergren was a musician.

But if you don’t have technical skills, it’s important to be aware of some of the challenges you’ll face due to your ignorance. That’s why we’d like to go over some of the common mistakes non-tech founders make during product development.

Product development is a process. It requires a sequence of steps that ultimately produce a good product. If you skip some of those steps, there’s a good chance the product will suffer.

As a non-tech founder, some of those steps may seem unnecessary. It’s easy, for instance, to think the concept development stage is a waste of time. Instead, you probably want to jump straight to building the product, but there’s important work to do first.

This problem compounds when you’re dealing with a tight budget or short timeline. If you need something tangible built quickly, going through the full product development process can feel painfully slow and unnecessarily expensive.

But the process is important. Thinking and planning are critical. If you jump right into building the product, there’s a good chance you’ll miss something that would have become clear during planning. What you don’t pay in planning will cost even more in fixed, modifications, or major re-engineering.

While a good development team will give you educated estimates in terms of price and timeline, no team can tell you with absolute certainty how much your product will cost or how long it will take to deliver. Sadly, many non-tech founders and managers expect this. They offer a few pages of notes, maybe a hand-drawn mockup, and expect to know exactly what their product will take.

Should you start work without any estimate? Absolutely not. But you have to accept some risk that the product will cost more and take longer than the estimate. Furthermore, it takes longer and costs more, understand that the developers aren’t doing it to squeeze more money out of you.

First, let us preface this mistake by saying we support anyone who wants to learn to code or develop products. It’s always good to learn something new.

But in most cases, learning technical skills to build a commercial product is a long journey. You’ll need to build several applications of increasing difficulty along the way. You’ll need to study different technologies, learn architecture theories, and spend a lot of time fixing bugs. It takes a long time for your level of coding confidence and competence to intersect. 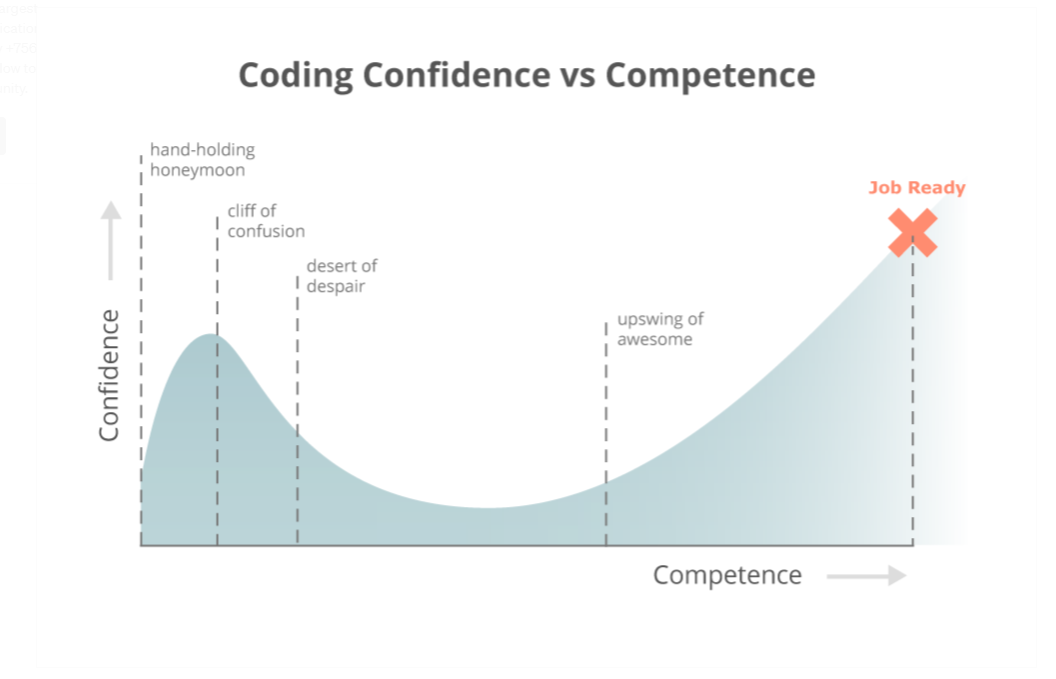 If you think you have the interest and aptitude for tech - great! But if you expect the idea in your head to turn into a commercial-ready product in the near future, focus on finding money and customers, and let a development team build the product.

Mistake #4: Expanding the Scope on a Whim

We’ve seen this one a lot. Development is underway when the product owner calls with a great idea: they want to add a last-minute feature or make a planned feature bigger.

Expanding the project’s scope is never as easy as many non-tech founders think. It’s rarely as simple as adding a new page to the website or app. Features require backend systems, databases, and other architecture to operate.

Even worse, some founders expect new features without extending the project’s deadline or agreeing to pay more. They want more product for the same cost and timeline. Sorry, but software development just doesn’t work like that.

For one thing, what happens if that developer gets sick, accepts a new job offer, or decides to take an extended vacation? You’ll have to find someone else and pay them to get up to speed on the project.

For another, a single brain is more prone to mistakes than multiple heads. It’s smart to have multiple on your project who can discuss ideas and work through problems together.

Yes, multiple developers (or an entire team) cost more. But they’ll also build the product faster. Plus you’ll get to take advantage of specialists who know one or two technologies really well, rather than hiring a generalist who has a surface-level understanding of everything.

Everyone has a budget. You want to spend as little as possible in order to extend your runway as long as possible. After all, who knows what the final price tag will really be?

You can find developers for $10/hour on Upwork and Fiverr, but their skills will match their prices. You’ll end up with a buggy, insecure, low quality product that no one will pay for.

When you decide to hire competent developers, you’ll most likely have to rebuild the entire product, so it’s smarter to just hire the good developers from the beginning.

If you aren’t comfortable with technical topics, it may be tempting to avoid technology all together. “I’m the idea guy,” you claim. “I think about the big picture.” Some non-tech founders make the mistake of avoiding everything to do with tech by outsourcing it all.

This almost never works out. You can’t run a tech company without having a basic knowledge of whatever technologies apply to your product. You’ll struggle to understand technical choices that need to be made. You’ll have a hard time managing technical people.

You don’t need an IT degree, and you certainly don’t have to write any code, but you shouldn’t be flummoxed by basic technical concepts. You should be willing to ask questions and genuinely listen to technical people who try to educate you.

Mistake #8: Launching When the Product is Perfect

The days of hard launching a shiny new fully-featured product are basically over. Most products follow the lean approach: releasing early and using learning to iterate on the product over time. 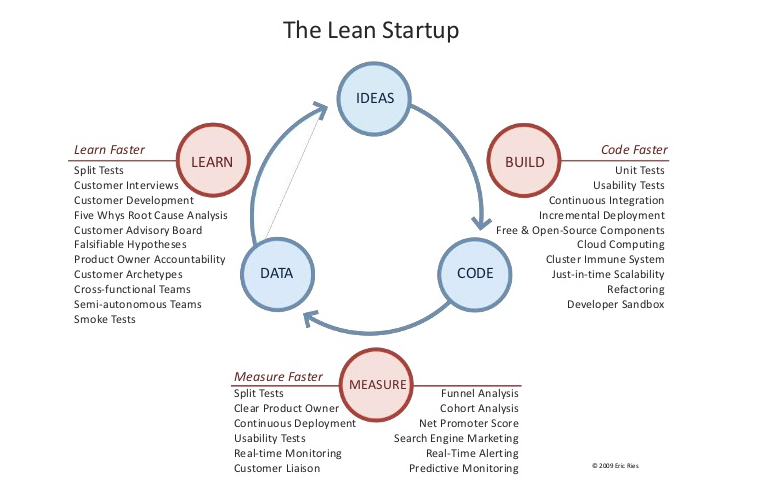 Waiting to launch creates a few problems. First, someone can release a product based on the same time before you, thus stealing your first mover advantage. Second, you won’t be able to build features or make updates based on real user data (because you won’t have any). Third, early released products can bring in some revenue, which extends your runway and makes overall success far more likely.

As a non-tech founder, you can’t avoid making early hires to build your product. Hiring an in-house team of full-time employees isn’t usually feasible, so you have no choice but to outsource development. DevSquad helps entrepreneurs build and launch new products and helps growing companies plug in a ready-to-go dev team and start building. Learn more.